The first divine trip to Kailash Manasarvor by 37 spiritual aspirants chosen and led by Babaji Shivananda commenced on 17th June from Kathmandu with the group being back in Kathmandu by 26.June, 2019.

The trip began with devotees assembling in Kathmandu from the beginning of June, 2019.  From 3rd to 07th June, the 37 devotees of the Yatra assembled in Kathmandu,  with the hope that the group visa to commence the Yatra would be issued by 7th June. There were delays with the Visa. Despite these, the days were filled with divine joy as the members were engrossed in deep Sadhana (spiritual practice) every day that included Rudram Chanting, Kirtans and holy bath(Abhisekham) to Shiva lingams. Babaji granted personal interviews during those days of Sadhana leading the participants to enhanced devotion and showed the path from I -> WE – > He. Those intense sadhana days lead everyone realizing that each one of us were the primordial source of energy that Babaji is.

The  uniqueness of this Yatra led by Babaji is that all the members completed the Parikrama of the Holy Kailash despite uncertain and extreme weather conditions. Babaji reinforced in practice the sermon that each one of the Yatra member were Shiva himself and the circumambulation of Holy Kailash was towards onself.

The Yatris now look forward to Yatra the next year, recalling memories of the Divine trip with Shiva Himself and the difference this trip has made in their Sadhana. 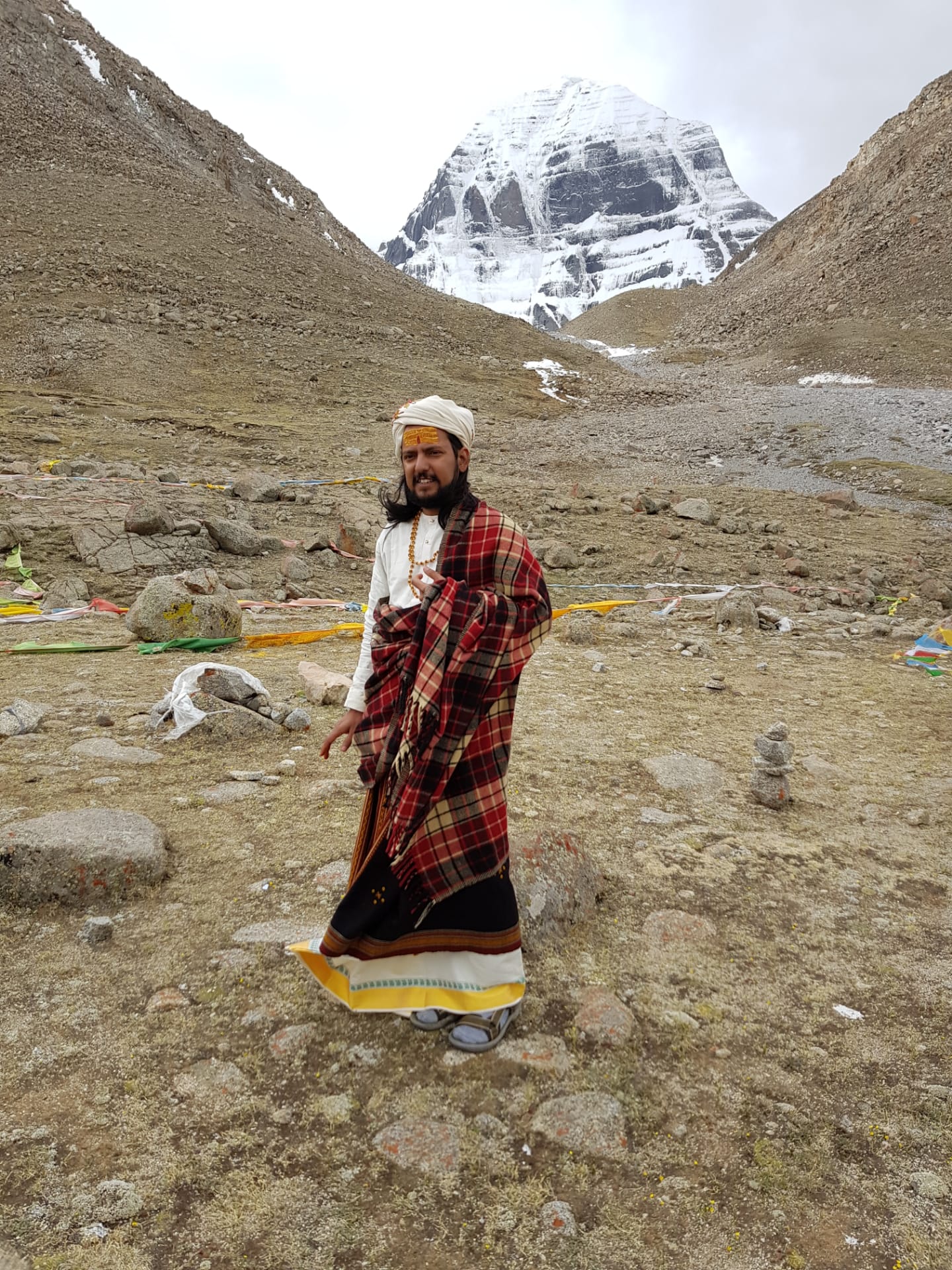 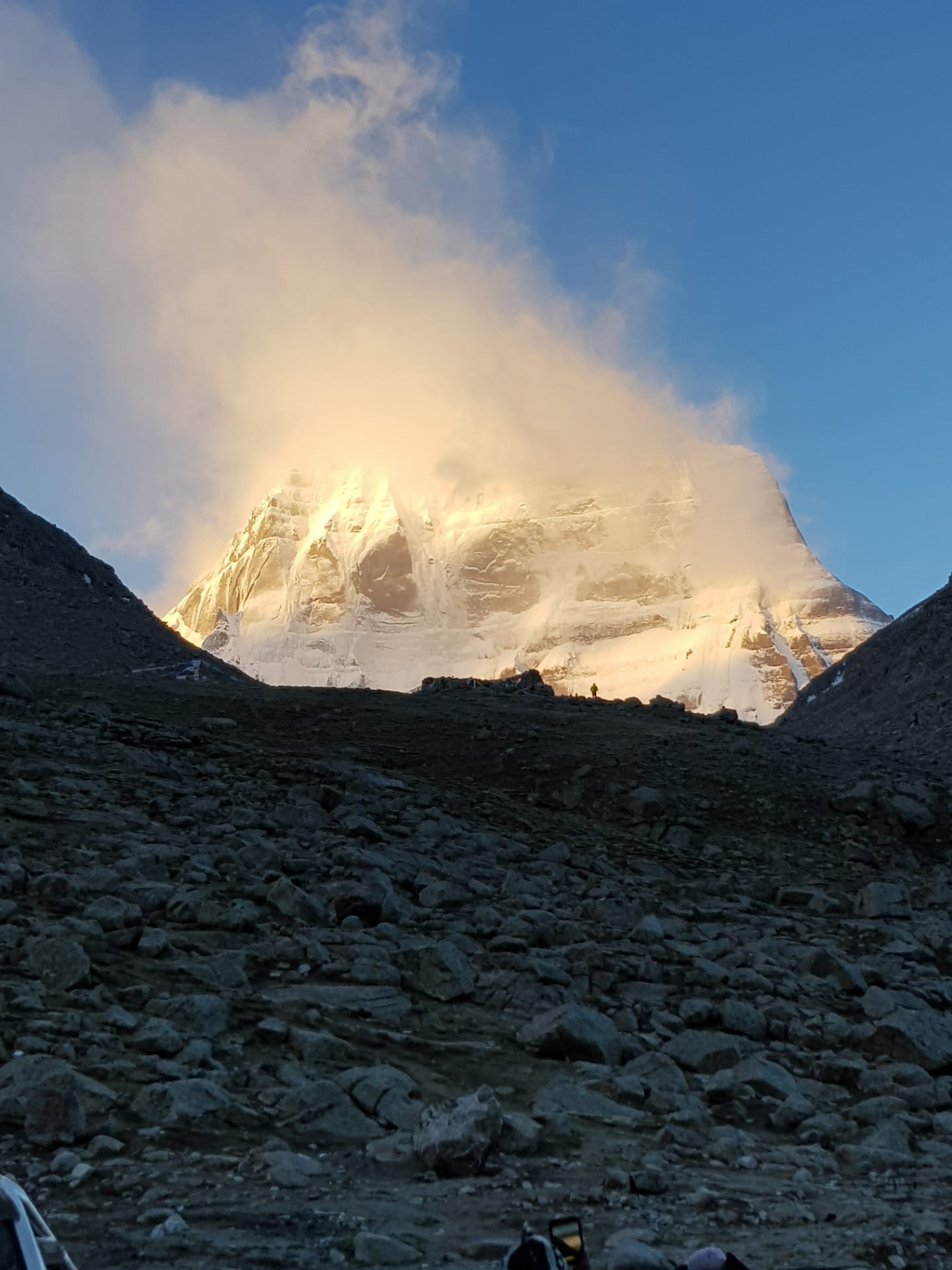 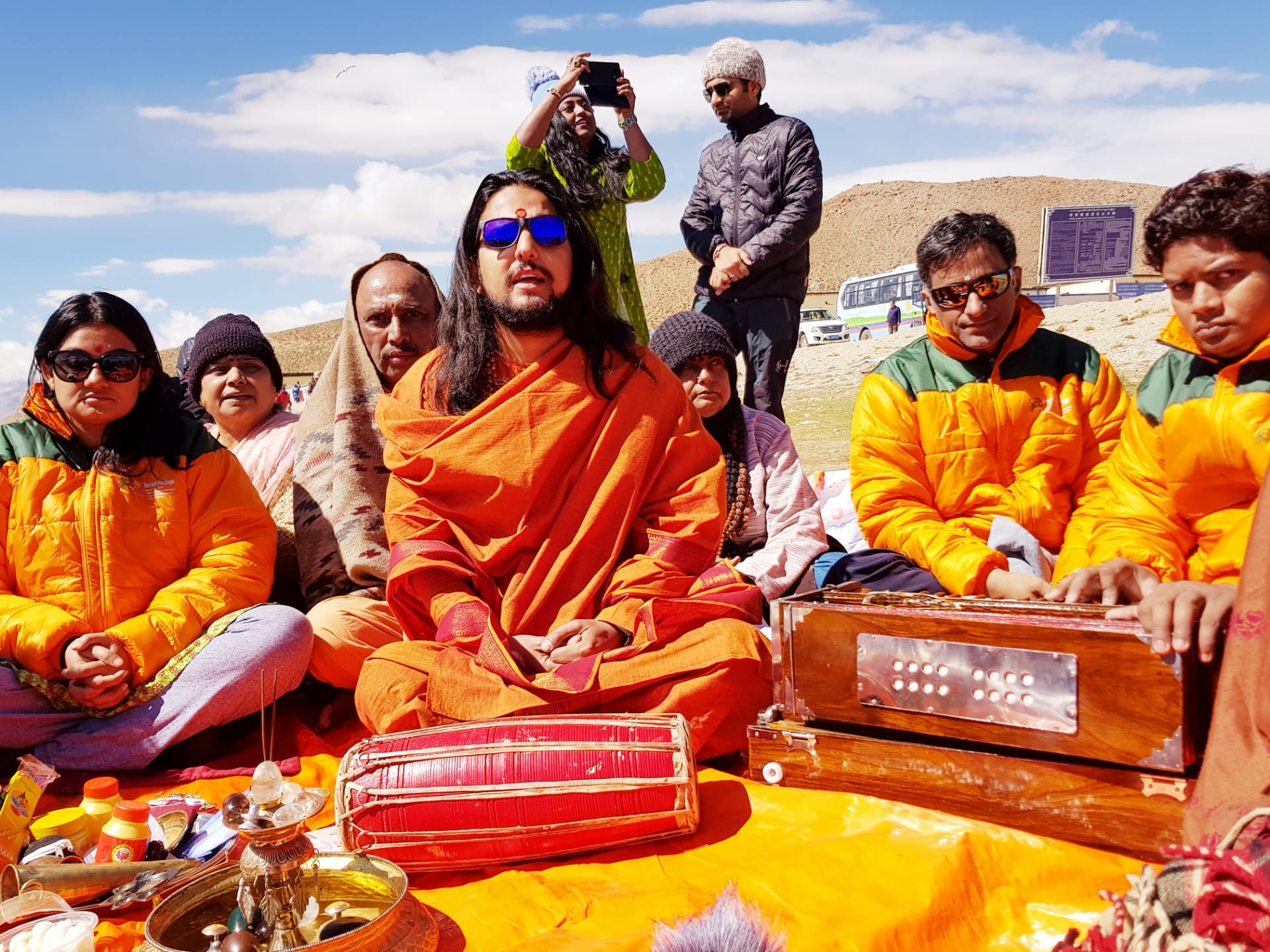 Click here to read all the discourses given during this Yatra.

Devotee Experience: “We all have  heard this common phrase “Man proposes and God disposes”, in this Kailash Yatra we experienced God proposes and He only disposes. All we need to do is play along on his roller coaster ride with utmost faith in our hearts. Every moment of the journey was custom tailored by the divine consciousness. It is now, when we reflect back on our journey, we  recollect all the ups and downs that we collectively and individually went through was all for a reason. Reason unknown then, but now it can be best appreciated.
In my opinion, the journey was designed to break our own generated myths and conclusions that we draw out of day to day experience. The expedition was to exhilarate the feeling of oneness, not just within our group members but with the environment we were going to dwell in during the Yatra. My myth that was broken was that we should not consider ourselves separate from the external. From river stream to huge mountains to God. We are all one and the same, we all are mere projections of the divine, hence we all are divine. Acknowledging and  accepting this also took time. Second thing I learned about time. Time is the best healer and best guide. All we need to do is, be aware of ourselves. Awareness brings alertness, this helps us in experiencing and appreciateing the gift of life.
The Kailash Yatra was a spiritual journey to know ourselves in the abode of Mahadeva. — N

II Sairam II II Om Namaha Shambhave II II Om Shri Gurubhyo Namaha II
My humble pranaams at the Lotus feet of Babaji! Please find a short description of the Kailash Yatra herewith.
Kailash – In God’s Abode
People come to Kailash for several reasons. Some want extraordinary experiences. Some want to see Shiva. Yet others see it as a test of endurance. For most, it is a journey to rid oneself of the consequences of past actions (karma). I did harbour a desire to visit Kailash myself, but never identified with any of the aforementioned reasons. I just knew there was a certain pull, and someday the journey would happen.
The 19th of April will always remain a memorable day. An interview with Swami happened. And, out of the blue, came Swami’s invitation for the Kailash Yatra. I left the interview room a little dazed, unable to fully comprehend the depth or purport of the invitation or my instant response of saying ‘Yes Swami, we will come’. Little did I know then, that this was an invitation to freedom. ‘I am finally going home’ was the singular, overwhelming feeling in my heart when the invitation to visit Kailash came.
My family and I have been followers of Shri Bhagwan Ramana Maharishi. My acquaintance with Swami is just over a year old. I never saw His Holiness Shri Satya Sai Baba in the physical form, had never visited Puttaparthi, and I don’t even know if we ever had a picture of theirs in our home. I knew about Baba, nothing more, nothing less. Hence my first ever interaction (in the subtle form) seemed surreal. It was hard for me to Trust this form and slowly surrender. In hindsight, I feel so blessed to have been brought into His fold. As Mooji says, ‘When Grace has picked you up, nothing can overwhelm you’. I had read those words seven years ago. Today, my heart understands the meaning.
Going to Shiva’s abode is special. What is even more so, is Shiva coming with you every step of the way. Meeting Babaji and spending time in His presence was the real Kailash Yatra. Walking to the base of the mountain was incidental. It is true, that every step of the journey was filled with miracles and extraordinary experiences. I have chosen not to chronicle them. Because any experience, no matter, how beautiful implies a certain degree of separation – between the experience and the one who undergoes that experience. In this yatra, the real miracle was the absence of the experience and the person undergoing the experience. They had become One.
I can never forget the special Grace that God bestowed upon me. My body was worn, my ego was crushed and my mind was still. And I discovered deep joy and peace within. As I narrate the journey to friends and colleagues, people sometimes ask me ‘Did you see Shiva’? My answer is a resounding Yes! Yes, I met Shiva. I met Shiva within and without, simultaneously. I cannot put it into words – only remain Silent. And perhaps, that Silence is the most eloquent way of narrating the journey. What benevolence! What Grace! What Love! No tears of gratitude are enough to thank the Lord! Thank you for bringing me Home. I was trapped in the smallness of the mind until You showed me the way of the Heart. In my quest to find You, I found myself. You were in me all along, and I in You We are One. — Much Love & Affection, H