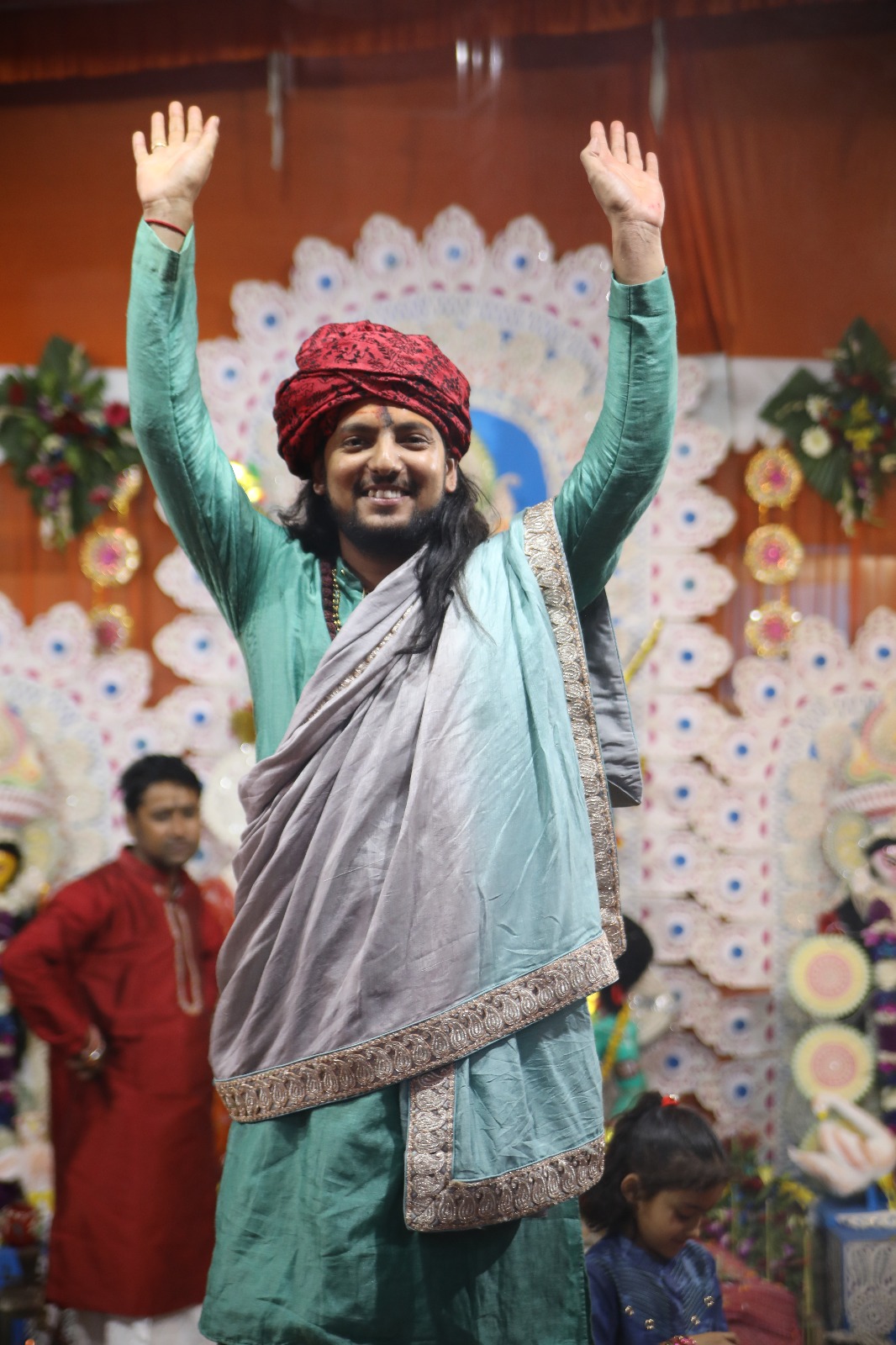 "The existence of consciousness has been long debated over by both scientists and philosophers alike. Consciousness cannot be understood until one makes tangible efforts to attain self-realisation through intense meditation and rigorous self-control." - Babaji, Kangra

The Himalayas, since time immemorial, has been the abode of mystics, ascetics and sages. One immediately gets entranced when one finds themselves among the majestic mountains. The natural allure of the beautiful peaks is enough for one to seriously consider giving up all worldly pleasures and lead a peaceful life in all essence.

One such holy soul living in these mountains is Babaji, in the breathtakingly beautiful valley of Kangra. Sure, the name sounds like that of an ascetic, or a mystic, or even a godman. But Babaji is none of these. True mystics and sages never refer to themselves as godmen, though they can certainly lead the path towards God. Simply put, Babaji is a more conscious human being than the most of us. The reason being him attaining self-realisation at the tender age of seventeen. It did not take him long to understand his life's supreme purpose: the upliftment of humankind to higher consciousness and uniting all sentient beings.

It was on February 10 2005, when Babaji entered the realm of self-realisation through meditation. Since then, there has been no looking back. His life so far has been an endless saga of a sacred, adventurous and most importantly, a transformational spiritual journey. His rational, and simple methods of preaching peace and leading a blissful life easily have drawn more people towards him.

Babaji has been an ardent worshipper of Maa Durga(Mahishasuramardhini), since his childhood. He is a firm believer of the Shakti Swaroopaa(embodiment of Supreme Energy) and derives his own divine energy from Maa - the universal Mother. In 2006, he built a Mahisasuramardini(yet another name of Maa Durga) temple within his home premises in Kangra. This holy sanctum of Maa is infused with sacred energies.

To his many followers around the world, Babaji is more a friend than a spiritual leader, who gently guides those who approach him, bringing about a silent transformation in their everyday lives. He is a Guru, a guide whose door is open for sincere spiritual seekers.

"Lord Brahma in the Naadi says that Sri Shivananda is an Avatar on this earth and He is the very beginning and the end too. He is the Light! Currently, Mother Earth is facing her darkest hours and that's why He has come to illuminate her. He has come to remove the darkness in people's lives and fill their voids with Light. He is the very source of Lord Shiva. It is His mission to eliminate the sufferings and miseries of the world and its people. He will be on the face of the planet during its encounter with Pralaya (total annihilation). After this period of destruction, the world will recognise Him as an Avatar or God and will acknowledge Him by being in His service. He too will serve the world reciprocally. Many spiritually elevated siddha purushas, enlightened beings and others will come and serve Him. He has descended on earth to protect and alleviate people and nature from destruction and chaos. Despite being the Lord Himself, He will be accompanied by his counterpart Shakthi or Parvathi in his journey on earth. Shiva and Shakthi cease to exist without each other. They are inseparable. Just like the transition from new moon to full moon, He has come to fill the darkness in this world with Light. He is the very origin of the primordial Kundalini Shakthi too. He would serve the world as a celibate, as a brahmachari. He has come to teach that- "All religions are essentially One".